An Overview of the Defend Trade Secrets Act

President Obama signed an amendment to the Espionage Act (18 U.S.C. § 1831) today, titled the Defend Trade Secrets Act (DTSA).  The DTSA allows plaintiffs to bring civil trade secret misappropriation claims in federal court, so long as the trade secret is related to a product or service used in or intended for use in interstate or foreign commerce.  Previously, the Espionage Act provided only criminal penalties for trade secret theft, and civil remedies for trade secret misappropriation were available only at the state level.

One of the cited benefits of the DTSA is to increase uniformity across the country in trade secret law.  However, the Uniform Trade Secret Act (“UTSA”), adopted in every state except Massachusetts and New York, already provided a reasonable level of uniformity, and the DTSA does not preempt current, state-level trade secret laws.  Accordingly, in any federal action brought pursuant to the DTSA for trade secret misappropriation, plaintiffs will also be permitted to simultaneously allege misappropriation under state law via supplemental jurisdiction.

The DTSA’s features are as follows:

1.       Damages.  A plaintiff may recover damages for “actual loss” and “unjust enrichment” caused by the misappropriation of trade secrets.  “Exemplary damages,” up to two times the amount of damages, are available in cases of willful and malicious misappropriation.  Attorneys’ fees are available to the prevailing party in cases where claims are made in bad faith, or there is evidence of willful and malicious misappropriation.  The right to double damages and fees is subject to the employee notice requirement, described below under “Employee Immunity.”

2.       Injunctive Relief and Employee Mobility Limits.  The DTSA provides that injunctive relief is available to prevent any actual or threatened misappropriation, except that any injunctive relief granted under the Act may not “prevent a person from entering into an employment relationship,” and that any conditions placed on employment (i) shall be based on “evidence of threatened misappropriation, and not merely on the information the person knows, and (ii) must comply with applicable state laws governing restraints on trade and restrictive covenants.  Injunctive relief may also be denied in “exceptional circumstances” that render the injunction inequitable, in which case a reasonable royalty would be due.

3.       Ex parte Seizure.  Under the DTSA’s ex parte seizure provision, property can be seized, “in extraordinary circumstances,” to prevent the propagation or dissemination of a trade secret, without any notice to the party against whom the seizure is ordered.  This provision, although controversial, mirrors provisions found in the Lanham Act and Copyright Act that permit seizure of counterfeit or infringing goods. The DTSA attempts to balance this provision by providing a civil cause of action to any party that is injured by a “wrongful or excessive seizure” under the statute.

4.       Whistleblower Immunity.  Individuals shall not be held liable under any Federal or State trade secret law for the disclosure of a trade secret that is either (i) made in confidence, for the sole purpose of reporting or investigating a suspected violation of law, to a Federal, State, or local government official, either directly or indirectly, or to an attorney, or (ii) made in a complaint or other document filed in a lawsuit or other proceeding, if such filing is made under seal.

5.       Whistleblower Immunity Notice Requirement.  As noted above, the DTSA provides that a plaintiff may recover double damages and attorneys’ fees in cases of willful and malicious trade secret misappropriation.  However, for an employer to be eligible to receive these exemplary damages and fees, the employer must have provided notice of the immunities set forth in the DTSA in any new contract or agreement governing the use of a trade secret or confidential information.  This notice may be satisfied by cross-referencing another document that explains the employer’s reporting policy for a suspected violation of the law.  Accordingly, a reasonable means of complying with this would be to define a reporting procedure in the employee handbook, and then make a simple reference to that policy in any future non-disclosure agreement.

As always, employers wishing to take advantage of trade secret protection laws should take affirmative measures to specifically identify and protect their trade secrets.  Additionally, while the DTSA provides a helpful new tool for protecting data theft, employers should also be aware of the greater likelihood that they themselves could be accused of misappropriation due to the expanded access to federal courts.  As such, when hiring from a competitor, employers should be increasingly careful to ensure that no perceived improprieties can be imputed to the hiring: new hires should be reminded that the company has no desire or need for the hire to disclose any unlicensed trade secrets.

The DTSA strongly incentivizes employers to add language to all restrictive covenants providing notice of the DTSA’s whistleblower protections (“immunities”).  Accordingly, employers should take immediate action to update confidentiality agreements that will be provided to new employees to include appropriate language.

Last, while the DTSA’s federal civil cause of action is certainly a nice weapon to have for protecting trade secrets, the decision to file a trade secret claim in federal or state court should be carefully evaluated on a case-by-case basis to determine which forum will provide the most benefits.  Although the DTSA may serve to protect a slightly broader set of information, and provides a straightforward ex parte seizure mechanism, in some instances state courts may still provide a quicker means of seizure and equitable relief.

If you have any questions regarding the Defend Trade Secrets Act, please contact the MHS attorney with whom you regularly work. 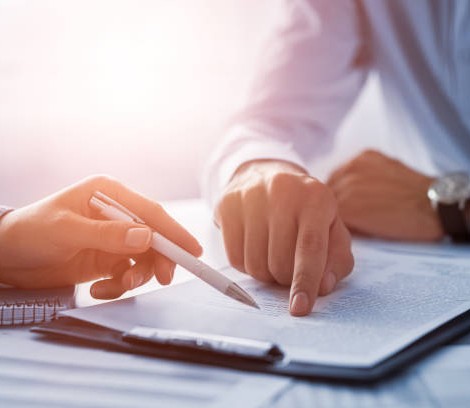